The amputation of a body part is at best an unpleasant consideration.  Just imagining having an arm or leg cut off probably makes most of us feel a little squeamish.   No one wants to have a part of their body permanently severed.  Amputation invariably handicaps the body and destroys the part that is amputated.  Our body parts must stay connected to our bodies for the benefit of the body and the life of the parts!

The church is a body.  The body parts are the church members.  “For as the body is one and has many members, but all the members of that one body, being many, are one body, so also is Christ.” (1 Cor. 12:12).  But some members think, act, and speak as if they’ve been amputated.

These things being true, why would any Christian continue to think, talk and act as if he is “detached” from the church?  Could it be that some just don’t see that their usefulness to the Lord and their own spiritual lives depend on their attachment to the body?  Are you attached? 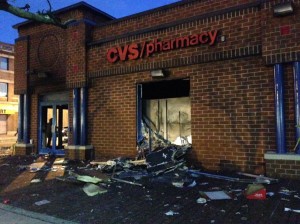 The ultimate example of the vindictive self-destroyer may be the suicide bomber.  The bitterness and hatred that could lead a person to blow himself up just to harm those that (he thinks) have harmed him, reveals human vindictiveness for what it often is: vengeance gone stupid.

But most of us don’t have to look at the headlines to find examples of the bitter pill that the world ironically calls “sweet revenge.”  If you’ve ever tried to take it, you probably already know how unfulfilling and damaging it can be.

Vengeance just does not belong to men; it belongs to God.  “Beloved, do not avenge yourselves, but rather give place to wrath; for it is written, ‘Vengeance is Mine, I will repay,’ says the Lord.” (Romans 12:19).

One of the means God uses to exact justice is civil government.  God-ordained law enforcement “is God’s minister to you for good… an avenger to execute wrath on him who practices evil” (Romans 13:4).  And any injustices in our “justice system” will be rectified when the Lord returns “in flaming fire taking vengeance on those who do not know God, and on those who do not obey the gospel of our Lord Jesus Christ” (2 Thessalonians 1:8).

There appear to be any number of reasons that God has not given individuals the right to avenge themselves.  For one, we aren’t wise enough to determine who deserves to be punished. Nor are we very good at deciding the appropriate degree of punishment to be inflicted.  This is especially true when we are personally involved in a situation.  Our judgment is imperfect at best, and it is often clouded by self-serving prejudice.  But another reason we haven’t been given the right to take vengeance for ourselves, and the main point of this article, is that our efforts to even a score are often so badly botched that they wind up hurting us more than anyone.

Truly, “Whoever digs a pit will fall into it, and he who rolls a stone will have it roll back on him” (Proverbs 26:27).

Let us give place to the wrath of God.  The Scriptures promise, “He will repay my enemies for their evil” (Psalm 54:5).   Let’s trust Him.

Have you read “Heaven: O For A Home With God” by Steve Klein & Jeff May? Watch this video in FULL SCREEN to see why you should!

Blessed are they that hunger and thirst after righteousness: for they shall be filled. - Matthew 5:6

Insights from a teacher, archaeological excavator, and travel leader

The Art and Craft of Blogging

The latest news on WordPress.com and the WordPress community.